Hadrien Gérenton’s works have always had a prop-like appearance. For his graduation show in France, he created fake pizza and cigarette boxes made out of aluminum. His exhibition High Deet at Martin van Zomeren contained porcelain bottles of Jack Daniels and painted receipts which were placed on and around the various plant-like objects which he first showed at De Ateliers.

In his solo-presentation at m.simons, Gérenton shows AUTOMATED REEFS. This is a series of wall sculptures that also might be seen as props. But this time they do not mimic everyday consumer objects but something that, with some hesitance, one could call nature.

These bright red objects are about 80 cm in height and bend upward into the space in the guise of branches or even bodyparts. The objects contain puddles, there are cacti growing on them and underneath their rough surface you get a glimpse of what seems to be a construction of industrial piping.

The puddles, the growing cacti, the rough texture, and the overall form give these objects something of a natural appearance. These objects, the artist seems to suggest, could have been taken out of an active ecosystem where they are growing in interdependence with all that is living around it. But then again, what kind of animals would be crawling, buzzing and nesting in an ecosystem with these organic-industrial tree-cacti hybrids colored in a chemical red?

Were we to approach the objects as props: What is the scenario they are representing?

Are we looking at examples of the promise of an irreparable genetic disaster? Or will plants, animals, and organisms find a way to grow into a working ecosystem in a strangely comforting symbiosis with human industrial pollution? 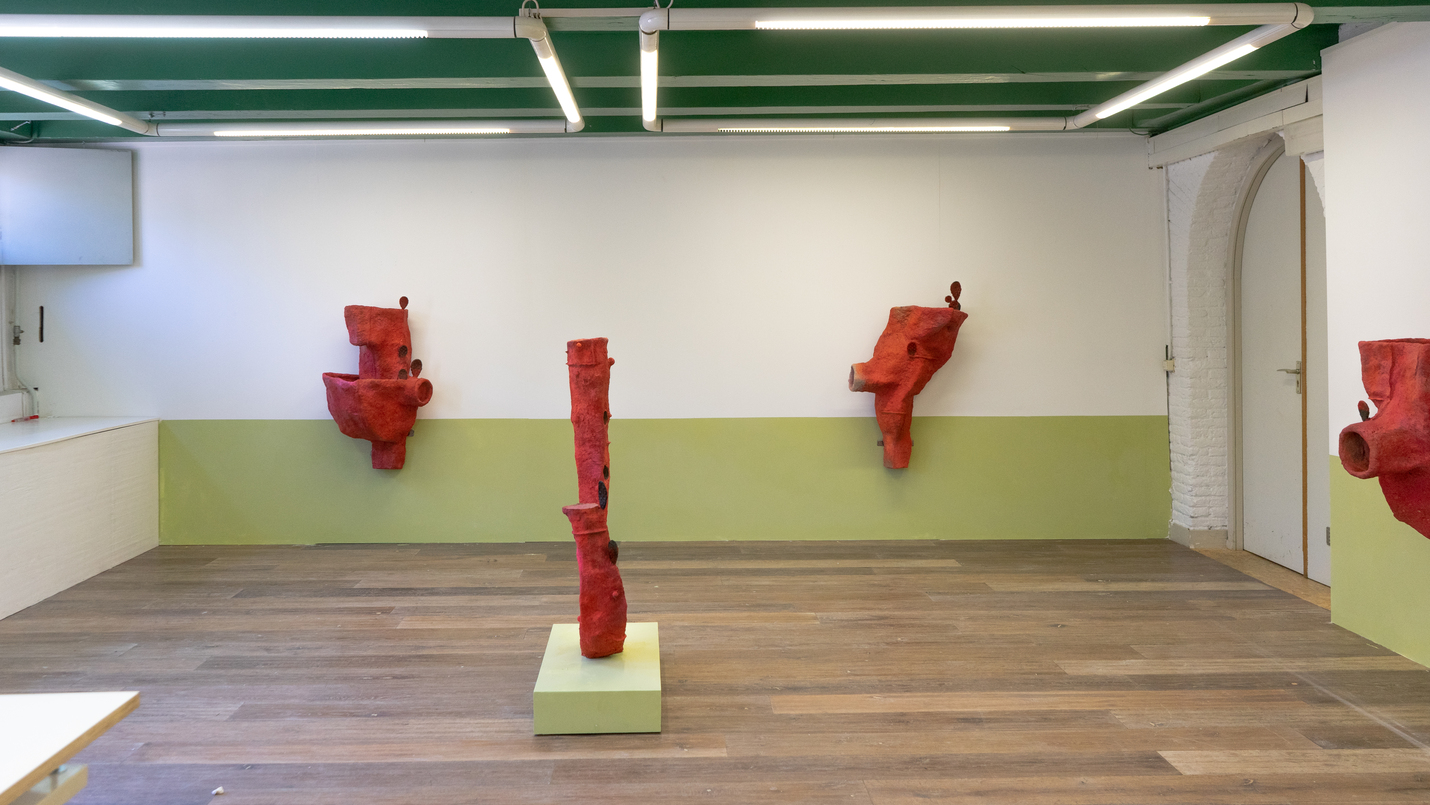 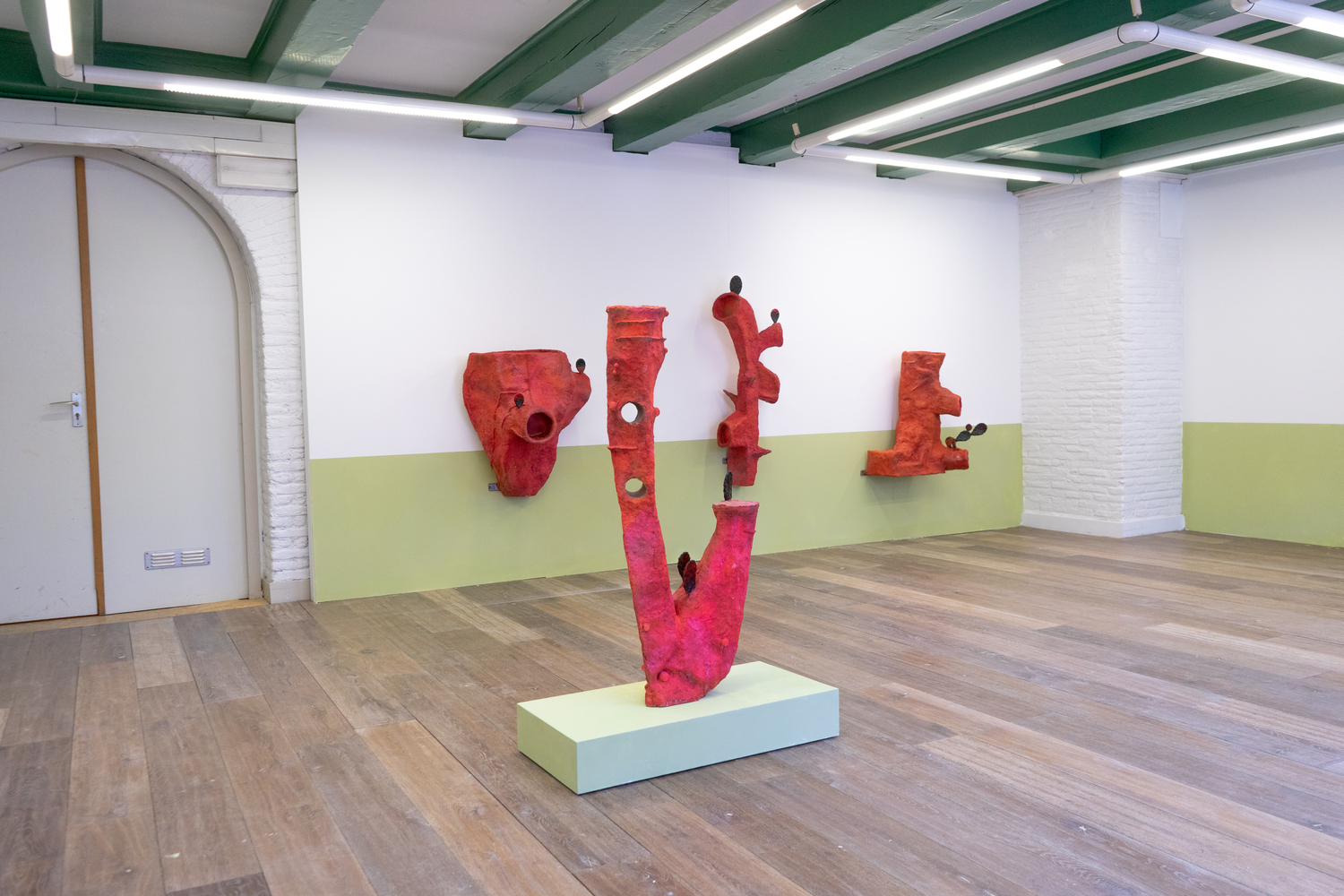 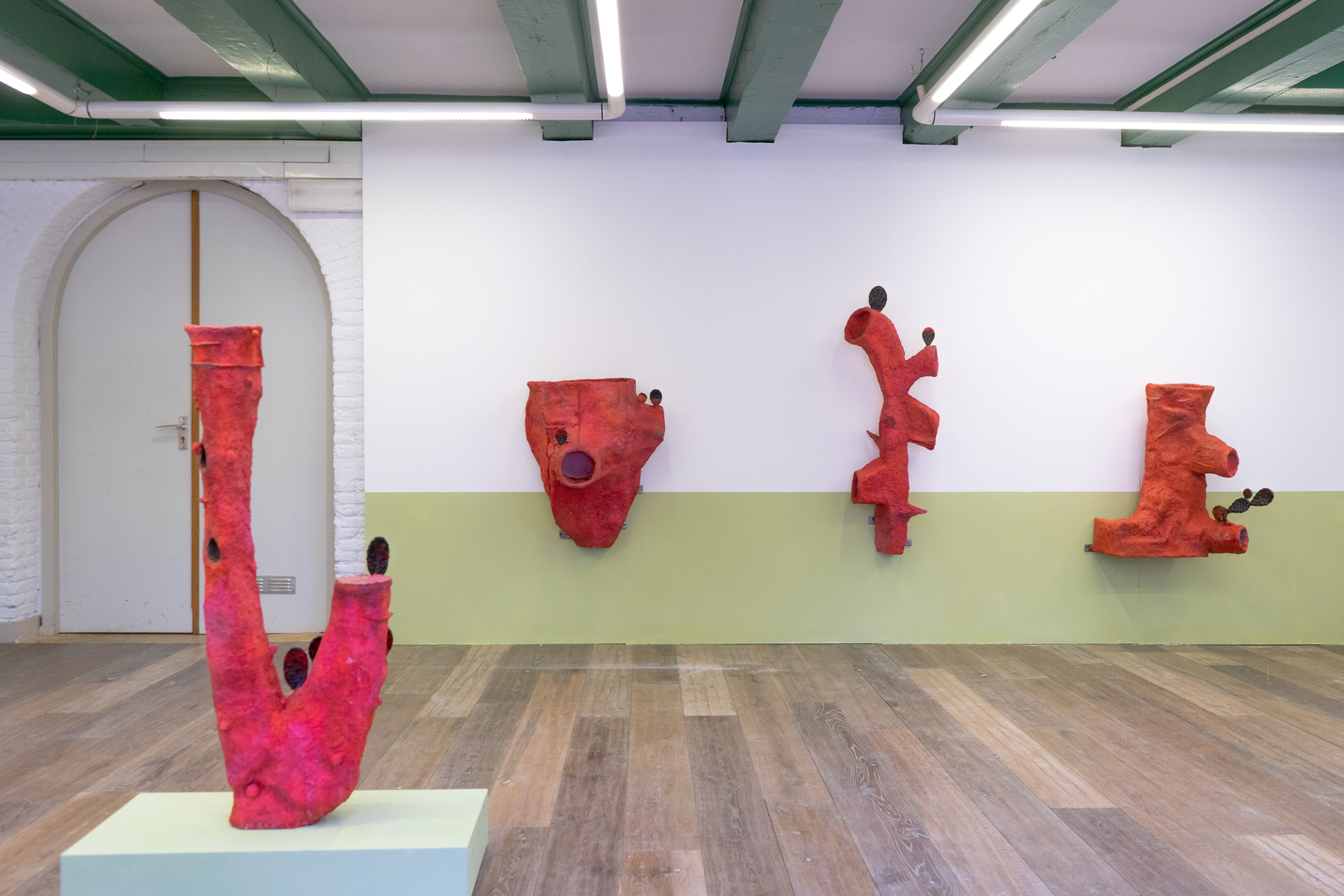 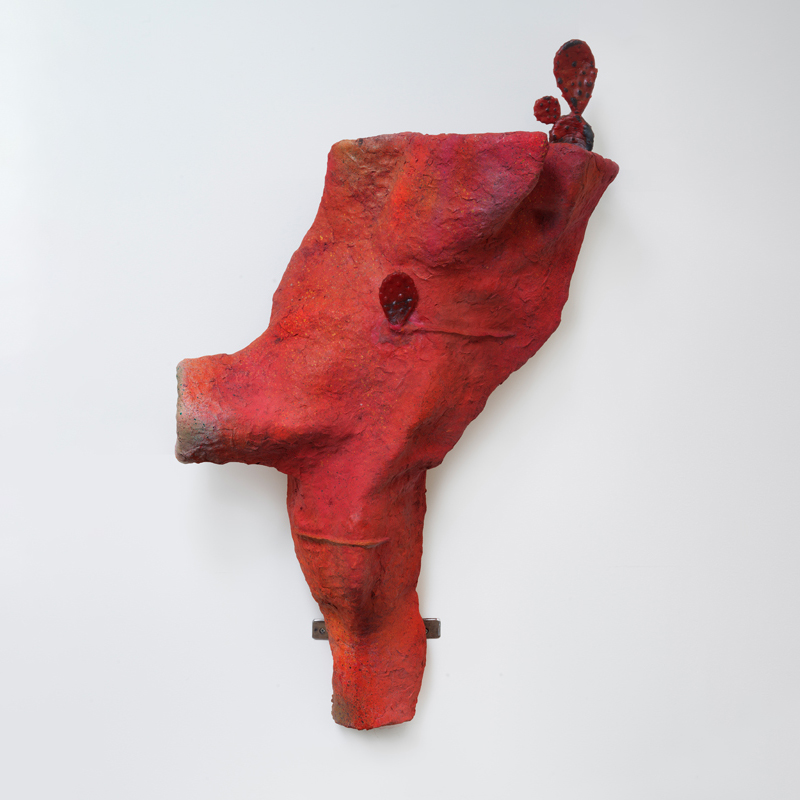 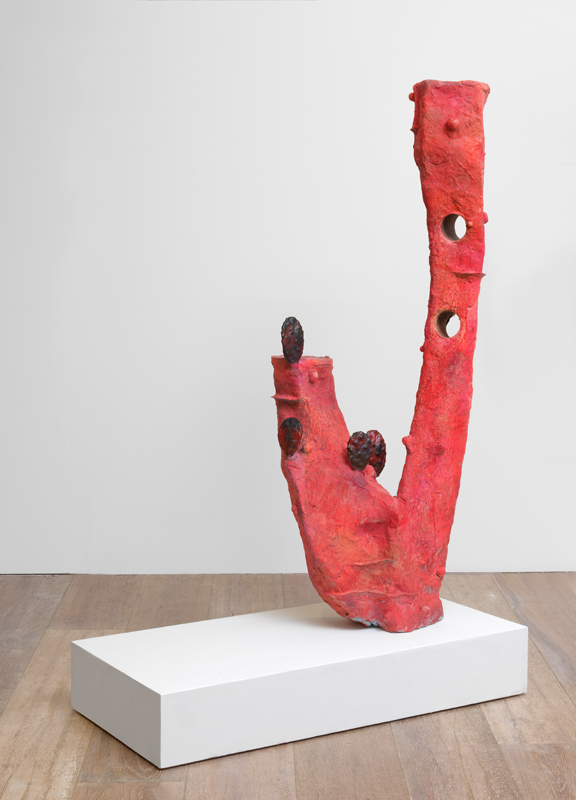 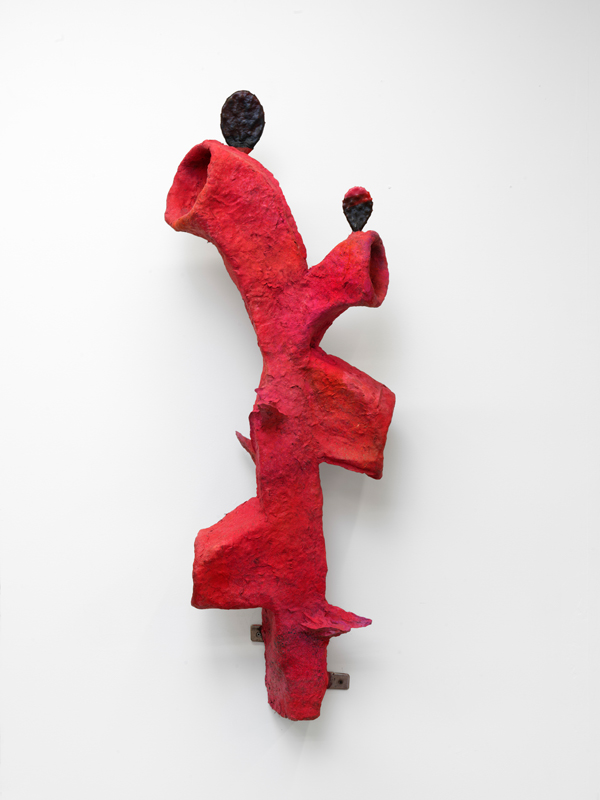 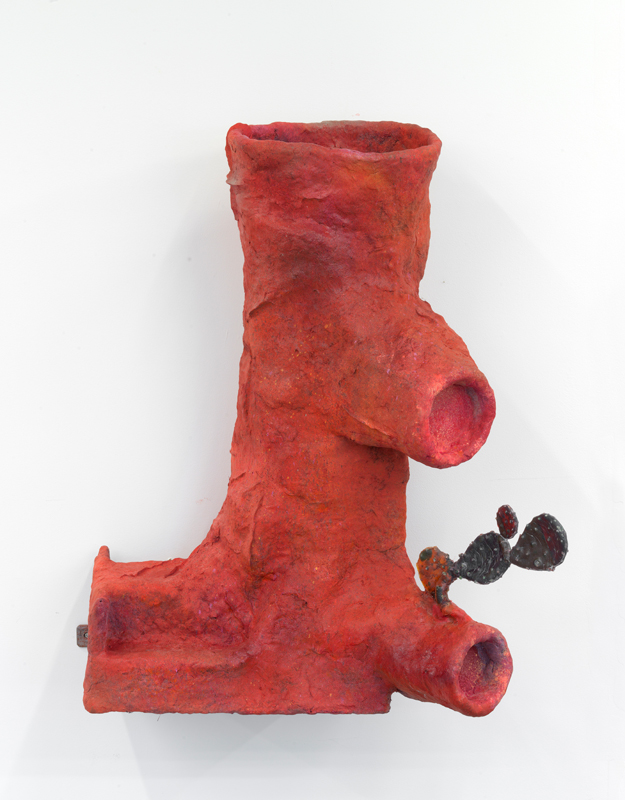 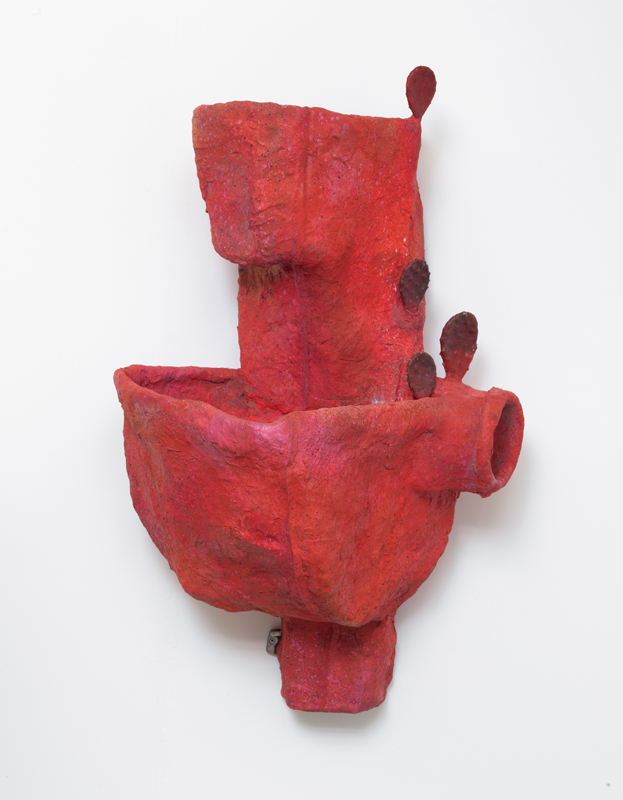 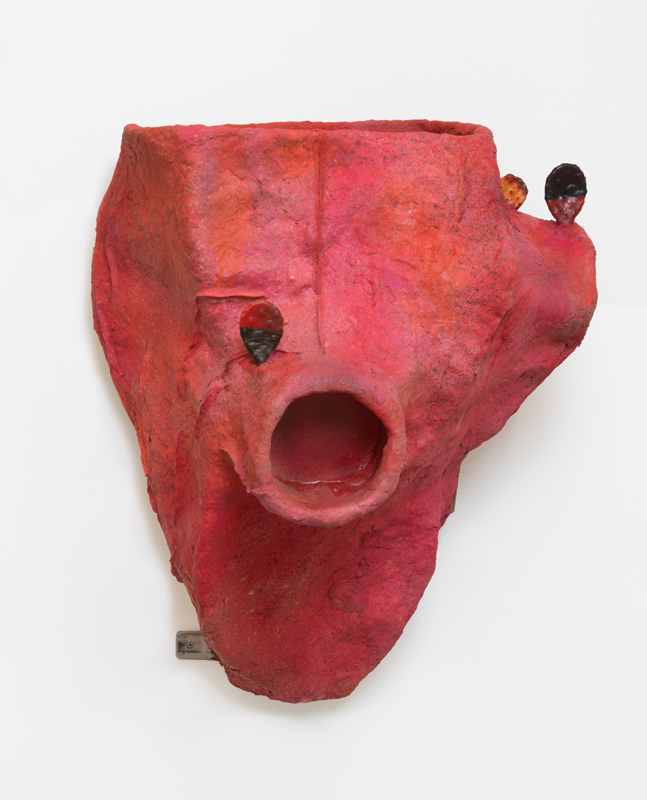 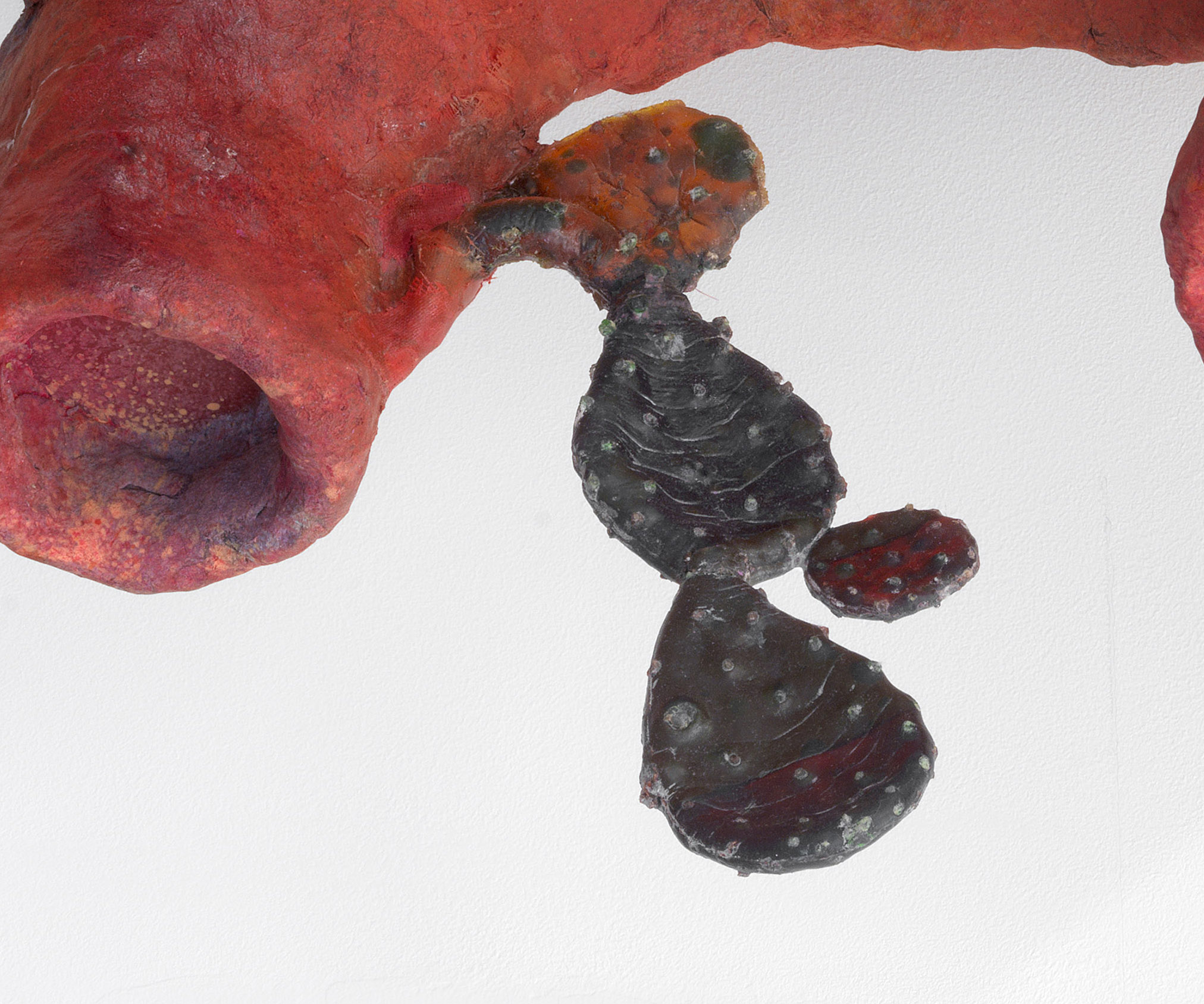 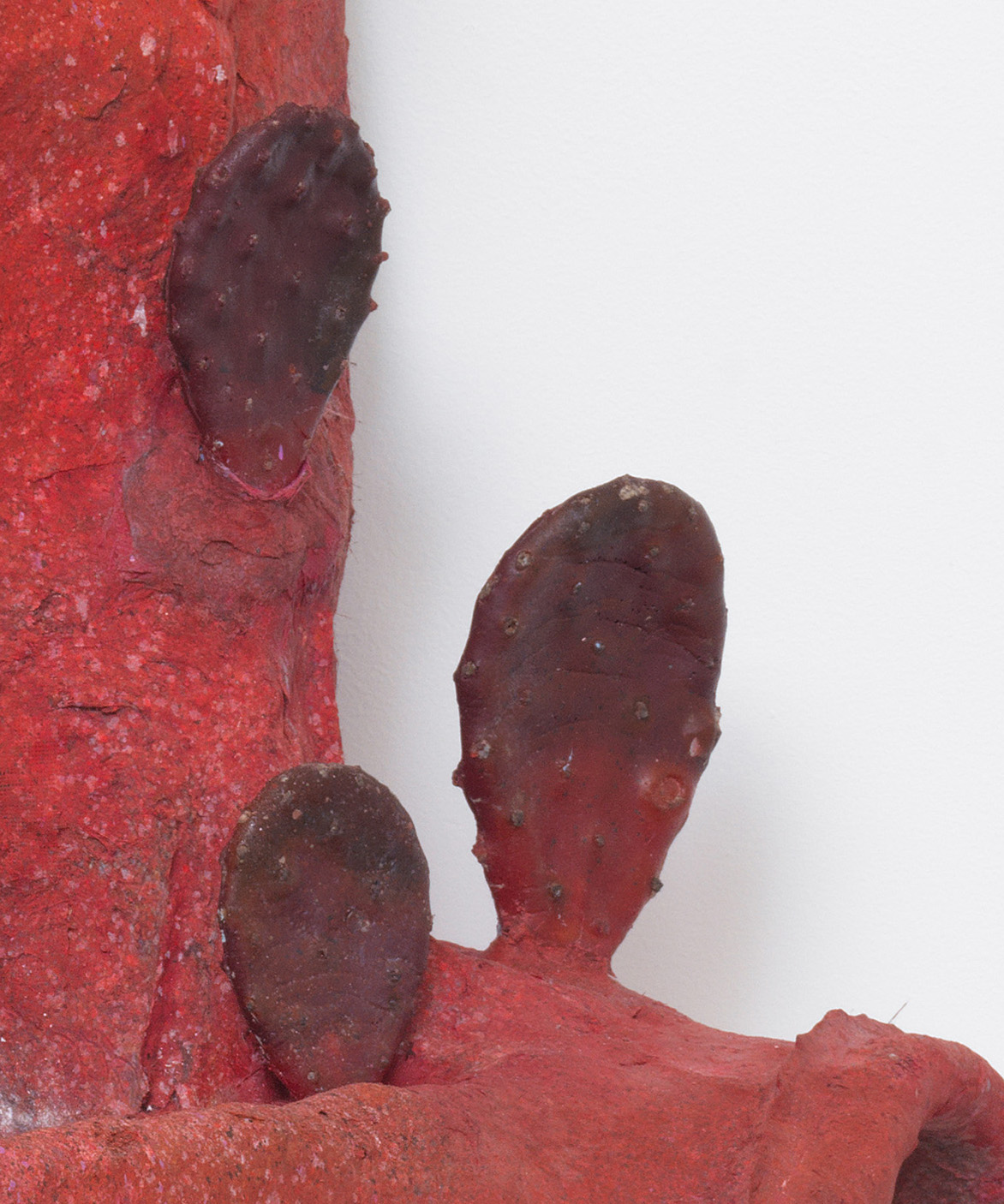 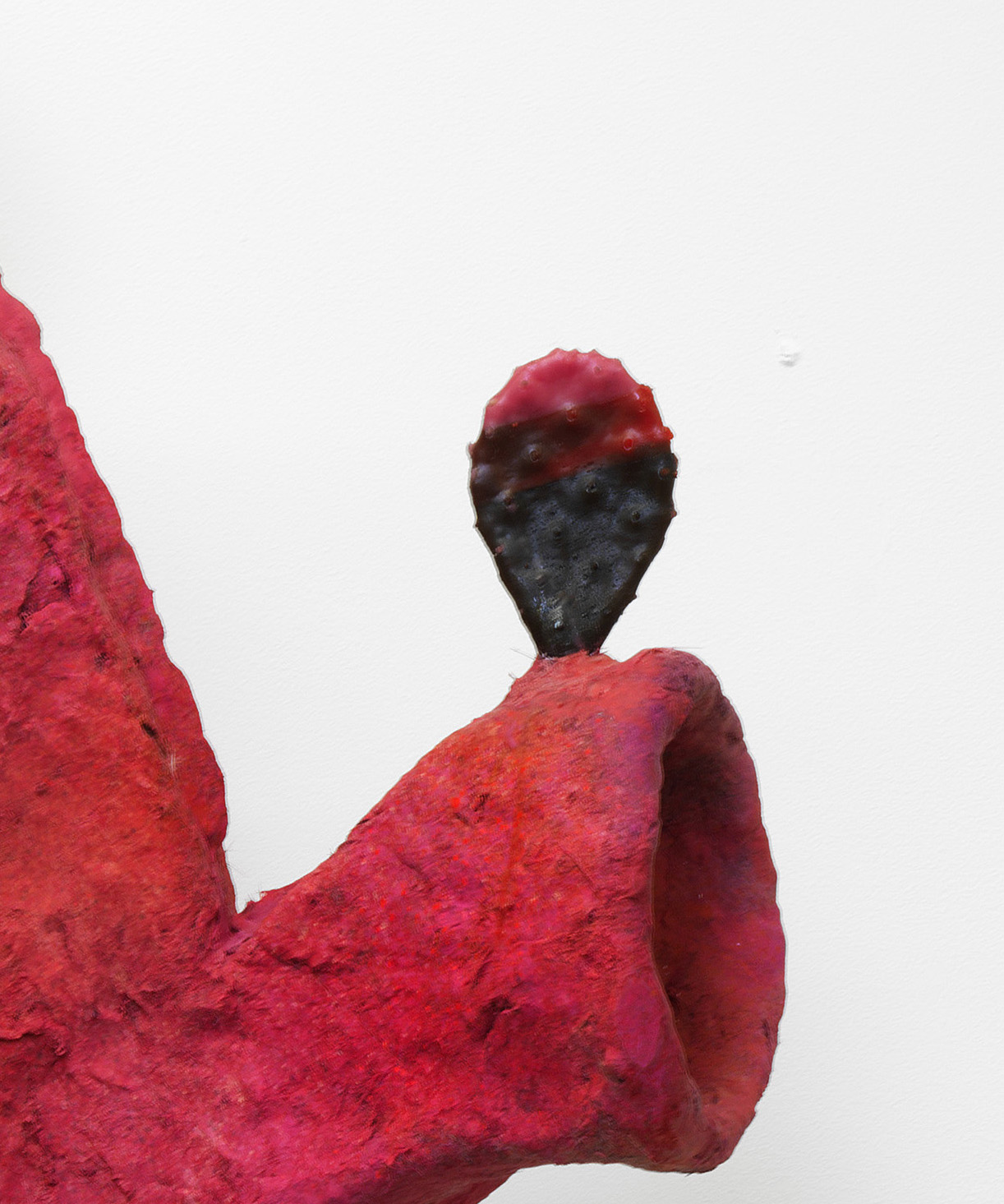 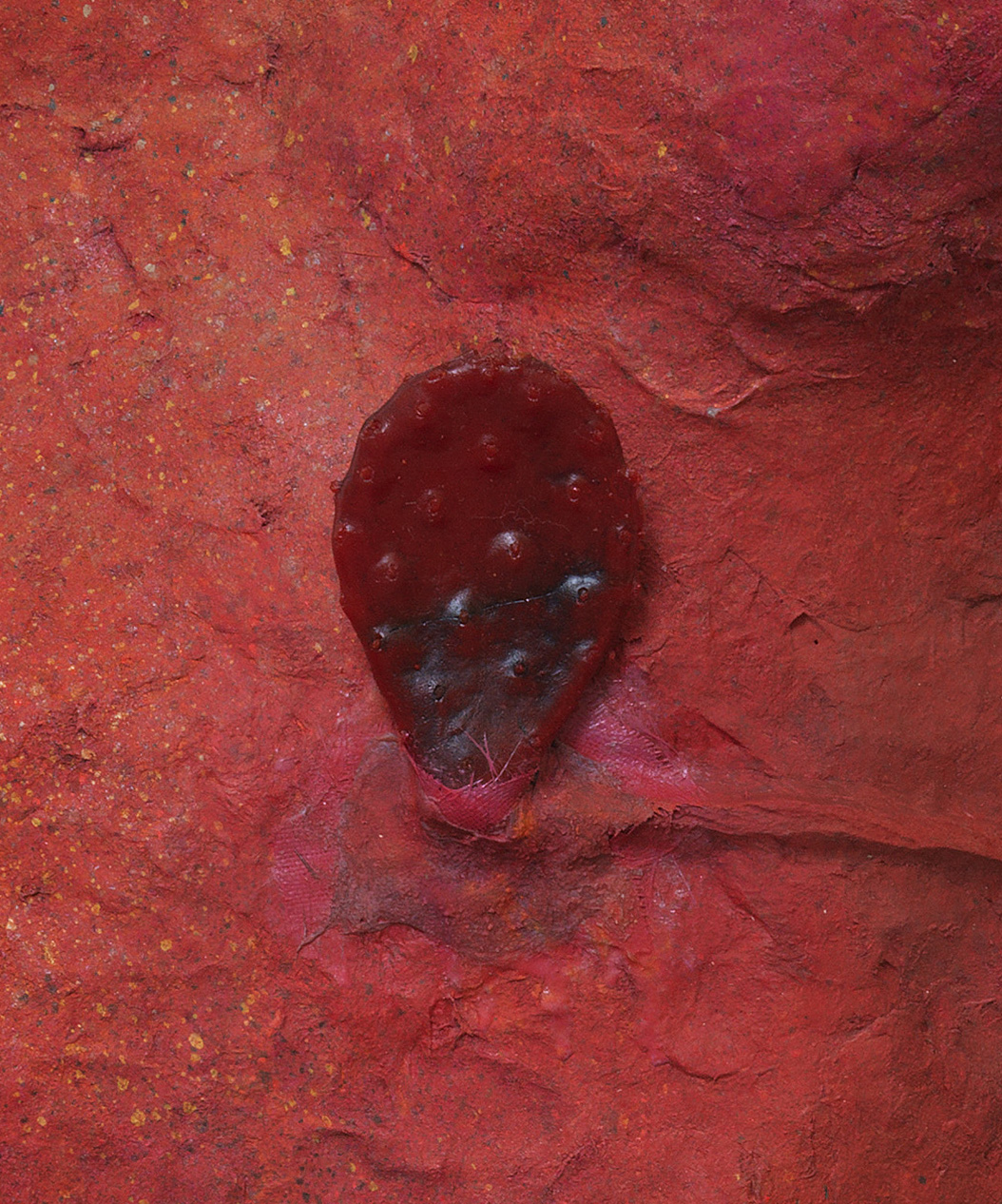 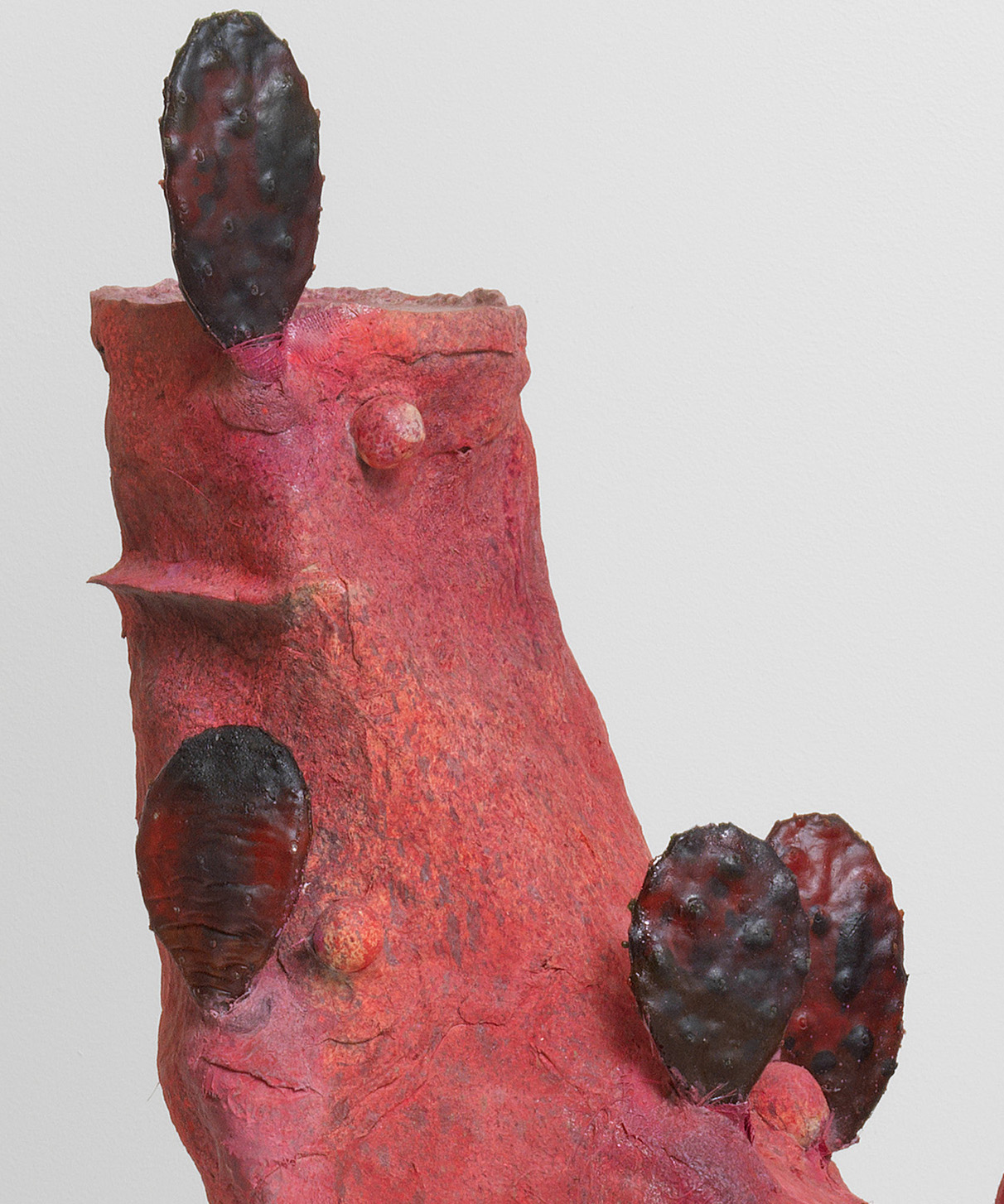 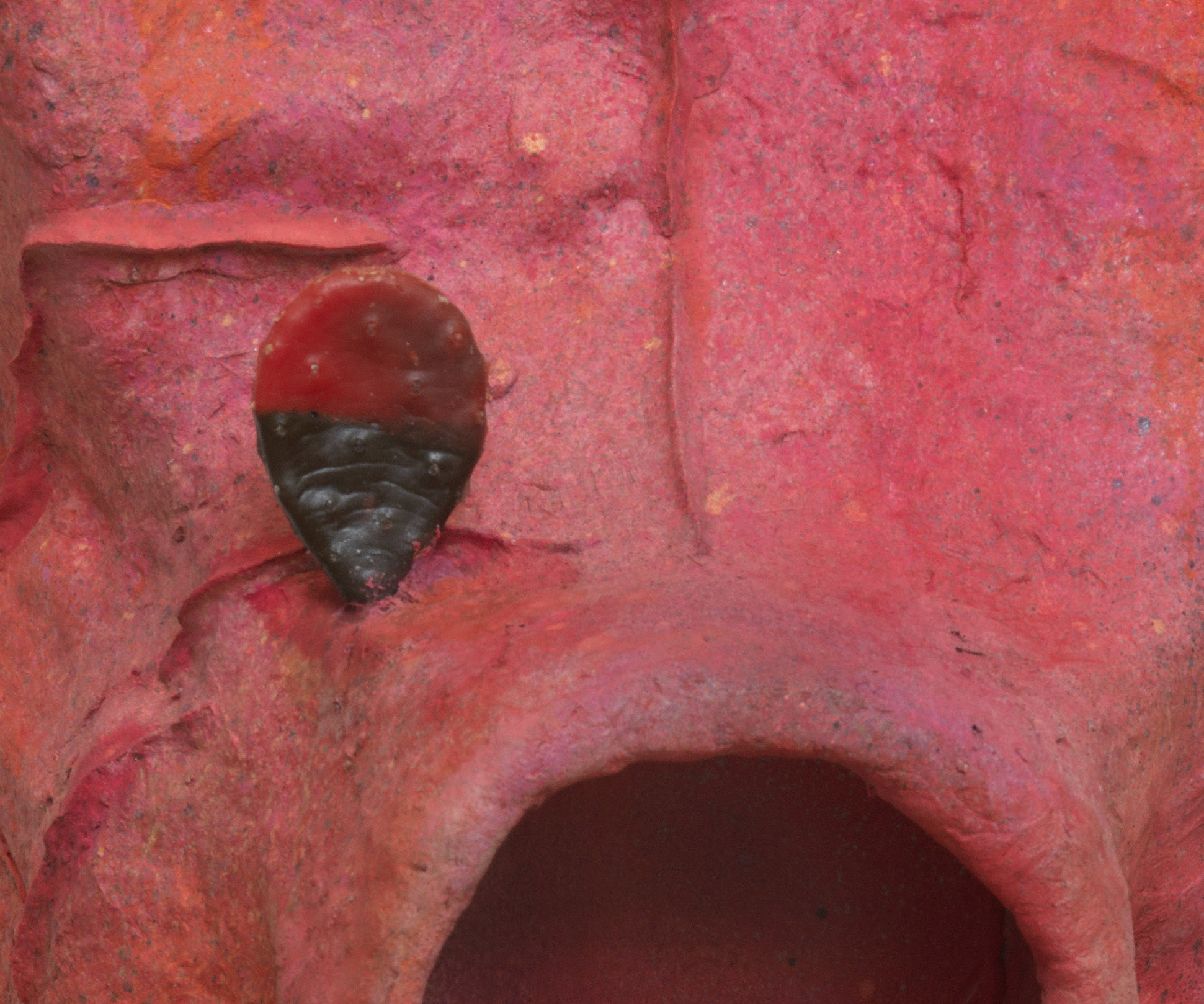 x
Thank you! Your submission has been received!
Oops! Something went wrong while submitting the form.