Günther Förg's artistic oeuvre encompasses paintings, graphic and sculptural works as well as a great body of architectural photographs. His geometrical, abstract, and heavily dyed pictures have a strong decorative character. Förg combined materials and media in painting, sculpture and photography. The themes of his large scale architectural photographs are Bauhaus and fascist aesthetics, while his monochrome wall paintings and lead paintings are reflections on art.

Between 1973 (Förg's first year as a student at The Academy of Fine Art Munich) and 1976, Förg painted almost exclusively black monochrome canvas pictures in acrylic, which, with the addition of a translucent grey, produced a milky, veiled surface effect. After the death of his artistic colleague, Blinky Palermo, Förg pursued the latter's European legacy of American Minimal Art from 1977. Palermo has been quoted as saying, in reference to Förg, “the art is near as beautiful as the man”. It is unclear whether this was meant as an insult of compliment. His paintings in abstract styles recall Cy Twombly, Ellsworth Kelly and others.

In the early 1980s, Förg made his so-called Alubilder – assemblages of aluminium sheeting onto which the artist had painted linear patterns or portrait photographs. For his series of paintings on lead, dating from the 1980s and 1990s, he wrapped lead sheets over wood, then painted each surface with acrylic.

Förg started using photography in his work at the beginning of the 1980s. In the area of photography he is known for his works from 1980–2006, primarily very large formats showing famous architectural sites such as the Wittgenstein House, Casa Malaparte, Casa del Fascio, and Hans Poelzig’s IG Farben Building in Frankfurt. For this purpose he travelled extensively to Spain, Israel, Austria, Russia, France, Turkey and Italy where he primarily photographed Bauhaus buildings. Förg's photographic research using a 35 mm camera and zoom lenses presents the uncompromisingly modern architecture in an unembellished way, sometimes dilapidated, often featuring careless renovations or additions.His photographs of buildings with cultural and political significance — Bauhaus structures in Tel Aviv and Jerusalem, for example, or Fascist ones in Italy — were taken from unusual, sharp-angled perspectives, with off-center framing and often in grainy focus, suggestive of painting. Many of the photographs are views taken through windows that draw attention to transitions from interior to exterior space. The photographs are presented under thick protective glass reflecting the room and the viewer. 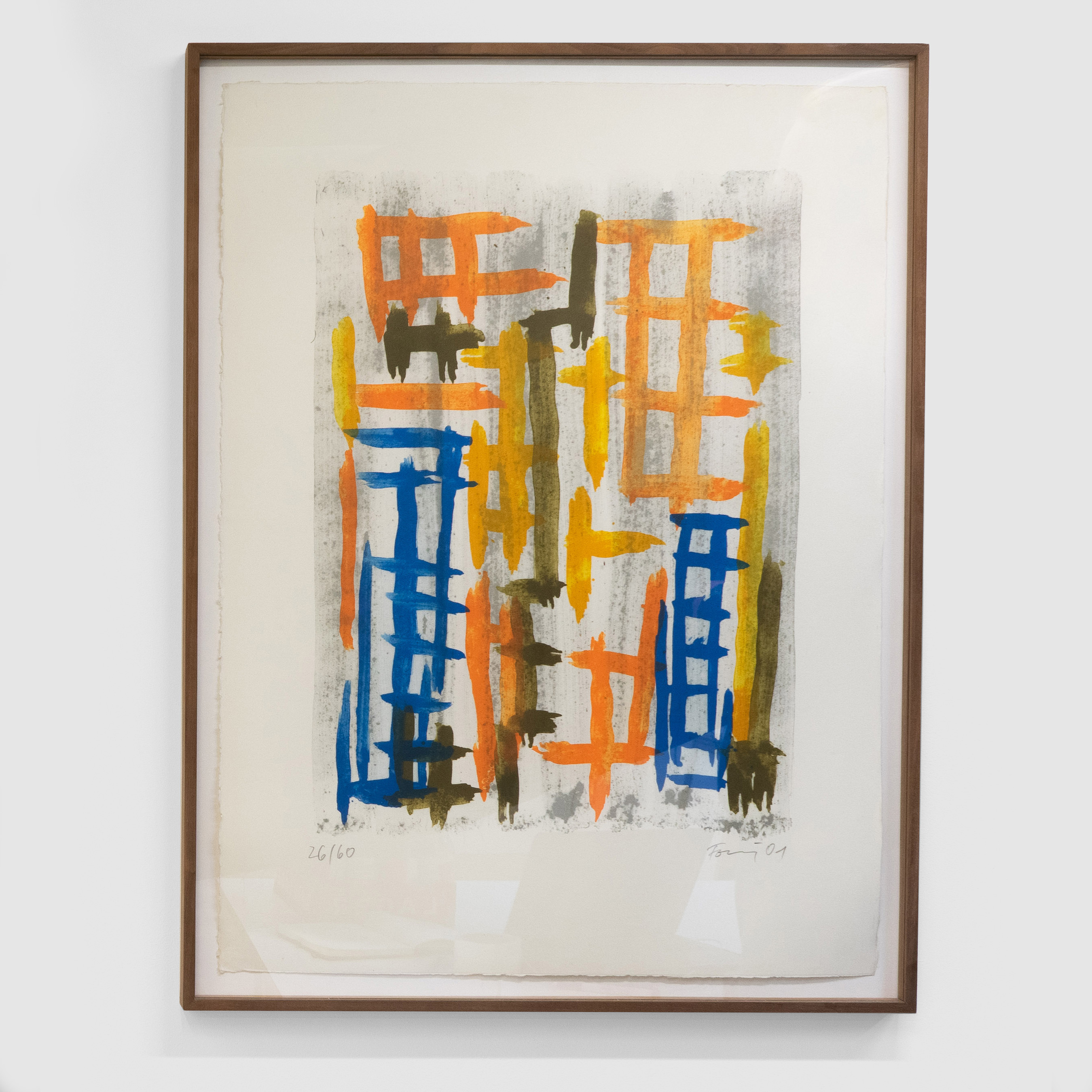 inquire
x
Thank you! Your submission has been received!
Oops! Something went wrong while submitting the form.
Untitled (Gitterbild)
,
2001
lithograph on paper
81 x 59 cm
sold 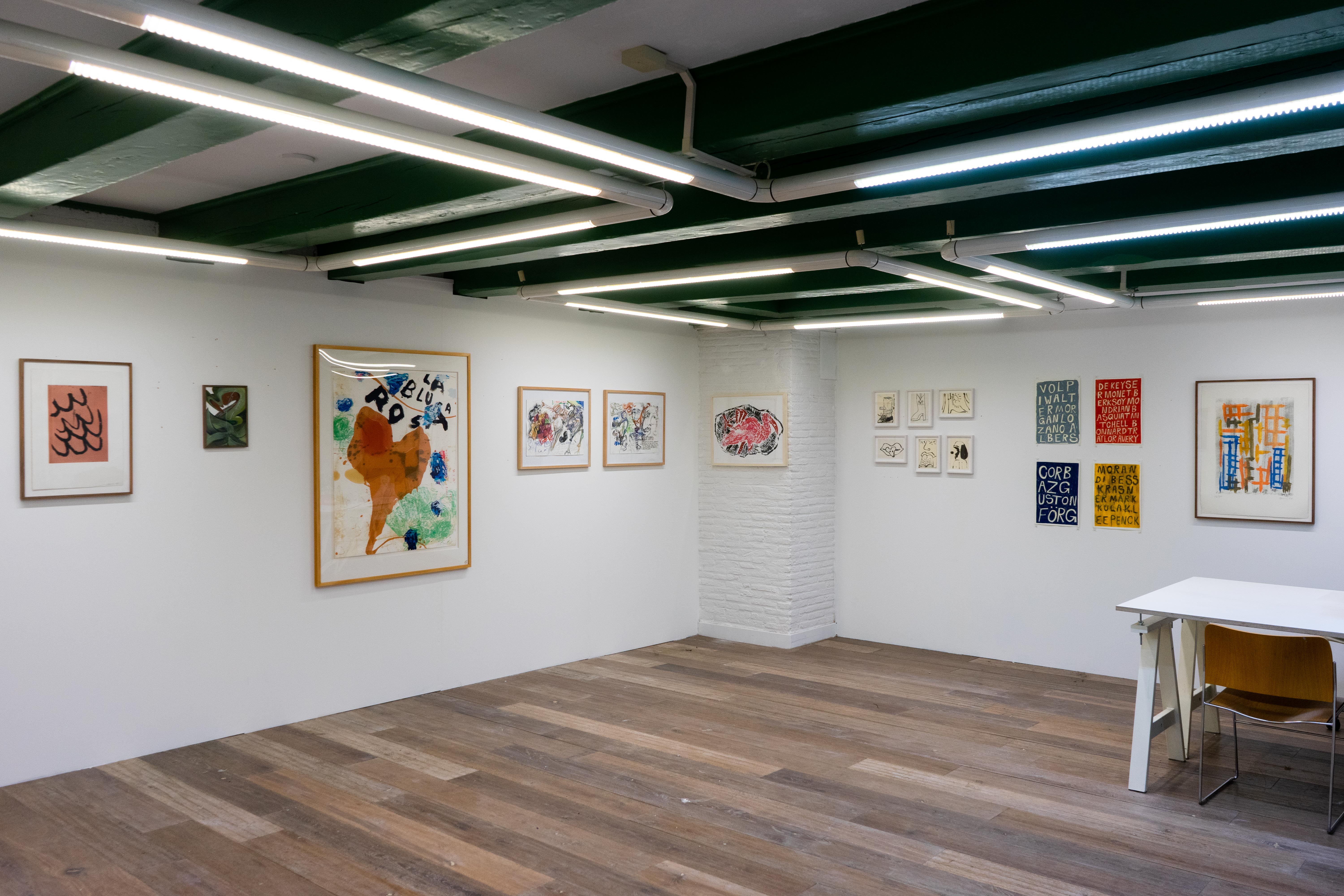 solo exhibition
,
Fondation Beyeler
,
Riehen (CH)
x
Thank you! Your submission has been received!
Oops! Something went wrong while submitting the form.